The 15 categories the Good Food Awards celebrate -- from spirits to cheese to coffee -- comprise over $200 billion in America's gross domestic product, a greater portion than the cattle and pork industries combined. The 2018 Finalists represent the vanguard in each of their industries, setting new standards for gastronomic excellence as well as social and environmental practices that have over time proven to be adopted by the rest of the industry. Each Finalist rose to the top in a blind tasting of 2,057 entries, and also passed a rigorous vetting to confirm they meet Good Food Awards standards regarding supply chain transparency, environmentally sound agricultural practices, humane animal husbandry and deep community engagement.

Our story in the Richmond Times-Dispatch 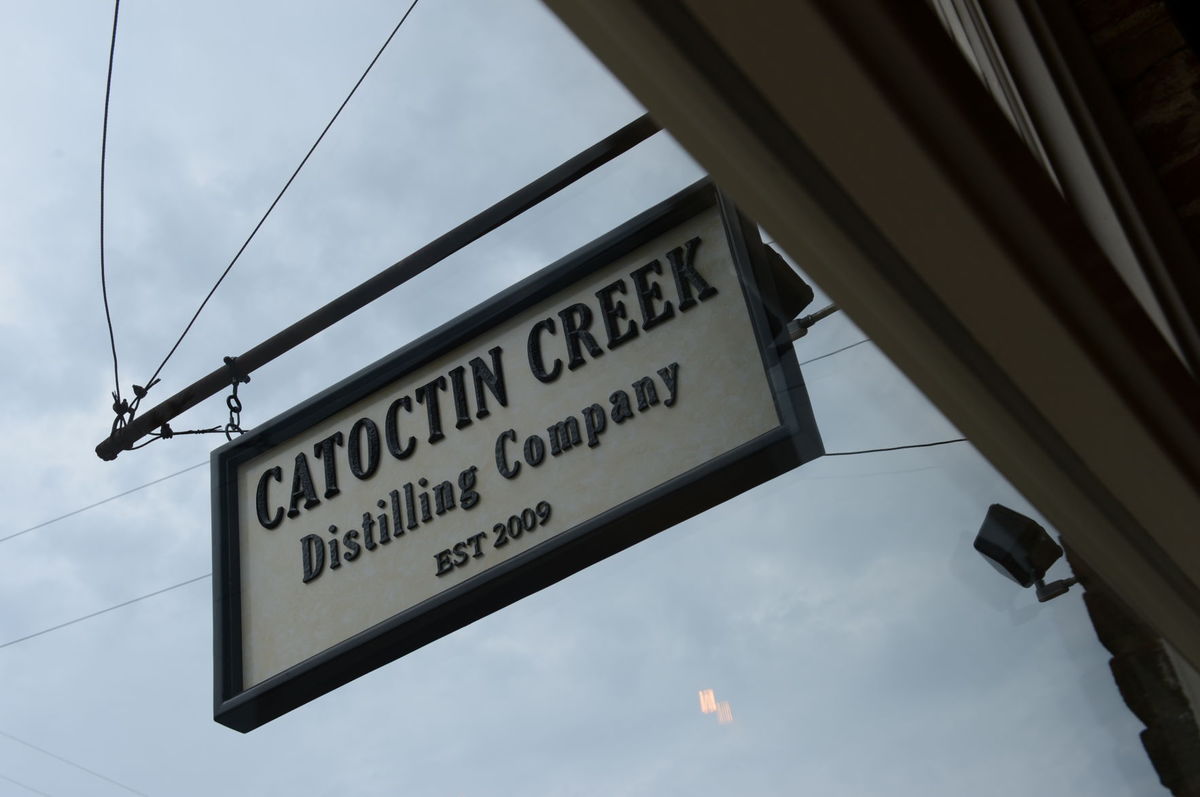 Jack Berninger does a really nice profile piece on the distillery and what motivated us to get started with rye.  Quoting the story:

"We settled on rye for three reasons,” Scott said. “No. 1, it was delicious; 2, nobody was making anything like it at the time. It was unique; and 3, it was the historical whiskey grain of Virginia.

Those seemed like good reasons to hitch our wagon to the rye train.”

Catoctin Creek featured prominently in a news story on the US/UK free trade relationship. You can view the story, here:

And read further background on the topic, here.

Nice to show up in the Roanoke based Local Roots restaurant cocktail for this news piece about September and Virginia Spirits Month:

Many thanks to Wayne Curtis, writing for Garden and Gun, in this feature on Old Tom Gin and our special Pearousia barrel version.  Wayne writes:

For the Pearousia Barrel Old Tom Watershed Gin—a third limited bottling of which was released this past spring—Purcellville’s Catoctin Creek ages its acclaimed Watershed Gin, distilled from local rye and wheat, for four months in barrels freshly emptied of pear brandy, that classic Southern spirit. The result’s dense floral aroma filigreed with toasty oak convincingly changes the geography of gin.

Kelly Magyarics writes in DC Refined about our bottling workshops.  If you haven't had the opportunity to attend one of these free events, you really are missing out on the fun!

Ever take a distillery tour and say to yourself: “I’d love to give that a try”? Well, while you can’t technically make a batch of their award-winning Roundstone Rye (that would be the job of co-founder, chief distiller and former chemical engineer Becky Harris), you can get a taste of the booze producer life at Catoctin Creek Distilling Company. Each month on a Saturday, the craft spirits operation holds a free bottling workshop for curious spirits fans (and anyone who’s ever wanted to be part of a production line.)

I hope you'll enjoy this little podcast by The Sports and Spirits Podcast interviewing our founder, Scott Harris.  A little history about Catoctin Creek starts at minute 53:00.

Listen to the full podcast, here.

The podcast is located on iTunes, here.

Loudoun Now did a great article on our recent growth and the investment by Constellation Brands.  From the story:

“With the advent of increased competition even locally, it really takes more resources to support your brand,” she said. “We were trying to grow ọṙḡạṇịcally but it gets more and more difficult to see sales consistently stay level when you don’t have the support that you need. We were looking for a strategic partner.”

David Wondrich does a fantastic piece on peach brandy in The Daily Beast. I love the history presented. I always learn from Mr. Wondrich. We are so happy to be included in his review as well:

From Purcellville, Virginia’s popular Catoctin Creek distillery there’s the Short Hill Mountain Peach Brandy ($30/375 ml), which explores the funkier end of the spirit’s flavor spectrum. It offers notes of honeysuckle and aged tobacco in the nose and is thick, rich and sweet on the palate, with plenty of peach skin.

We still have it available at the distillery for only $29 per bottle. Get yours! In the meantime, read the full story, here.

Local Distillers Highlighted in the Washington Post's Going Out Guide

We've been in the Washington Post "Going Out Guide" before.  It's always super nice to be covered in this esteemed newspaper.

This month, Fritz Hahn did a fantastic story on the craft distilling scene in DC.  Things have certainly exploded since 2010, when we came on the scene in the District!  When we started selling in DC, there were two (us and Copper Fox).  Now there are over ten... and more each year!

The 80-proof original, a young (almost two-year-old) whiskey with lots of rye spice and caramel and woody notes, is a solid all-purpose rye for cocktails. The 92 proof ($52.79), released in 2014, takes the spice and sweetness up a level and is great neat or with ice. The cask strength ($89), is a must-try for serious whiskey aficionados; it's released in limited quantities twice per year.

Our second beer collaboration, this one with Adroit Theory Brewing Company and called Día de los Muertos, will be available on November 12 (November 2 for VIP members).  Warren Rojas does the full backstory at Washington City Paper:

Next to scrutinize the end result was Becky Harris, Scott’s wife and Catoctin Creek’s chief distiller. As she siphoned the resulting whiskey from its cask, she couldn’t help gush about the collaboration. “I’ve been waiting for this one for two years,” she says as she pulls a dram of the experimental beverage they dubbed “Día de los Muertos” American Malt Whisky.

“The name of the original beer was Día de los Muertos. So it made sense to name the whiskey the same,” [Mark] Osborne [founder of Adroit Theory Brewing Company] says of the ominous moniker he came up with.

The whiskey smells of roasted malt and shines as brightly as copper. It’s less forceful on the palate than traditional rye whiskey, but still has a rich mouthfeel, conveying definitive hoppiness balanced by caramel notes.

I hope you'll enjoy this little podcast by The Whisky Guy interviewing our founder, Scott Harris.  A little history, a little whisky, and a lot of fun!

Listen to the podcast, here.

The podcast site is located here, and we recommend you check them out and subscribe:   http://www.thewhiskyguy.com/020-2/

MAR/APR Fri. Art of the Cocktail Class – 3rd time's a charm, ONLINE! 7:00pm—9:00pm Catoctin Creek is pleased to present, our SEVENTH year of this six-part educational series on the art of the cocktail...