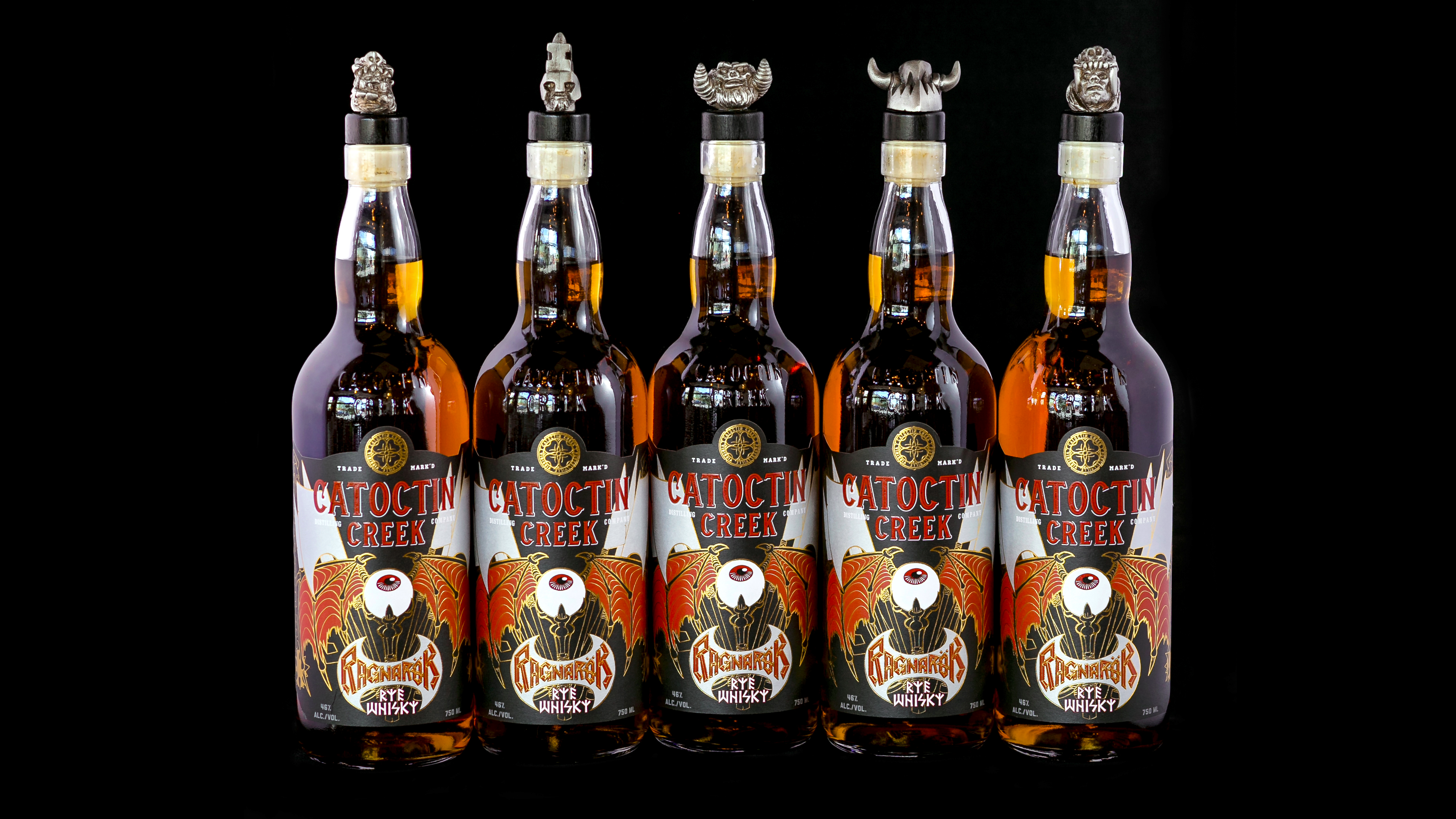 Very cool to get coverage in Forbes this week on our collaboration with GWAR.  Claudia Alarcón writes:

In the latest, and perhaps the coolest partnership between a distillery and a celebrity, Virginia’s Catoctin Creek and outrageous metal band GWAR will finally release their infamous Ragnarök Rye on May 28. The award-winning distillery known for its rye whisky, was set to launch the collaboration this past February, but according to a press release, “the monster metal rock band drank it... all of it.”

Fred Minnick: This Whiskey Brand Threatened to Kill Me

It's not every day that we commit high crimes and felonies.  But on April 28th, we did just that, to one of the most influential whiskey personalities in the industry today.  Probably not good policy, but in practice, I think it worked out pretty well this time, all things considered.  Here's our interview with Fred Minnick, with the members of GWAR, reviewing Ragnarök Rye:

Catoctin Creek wins two golds and one silver in London 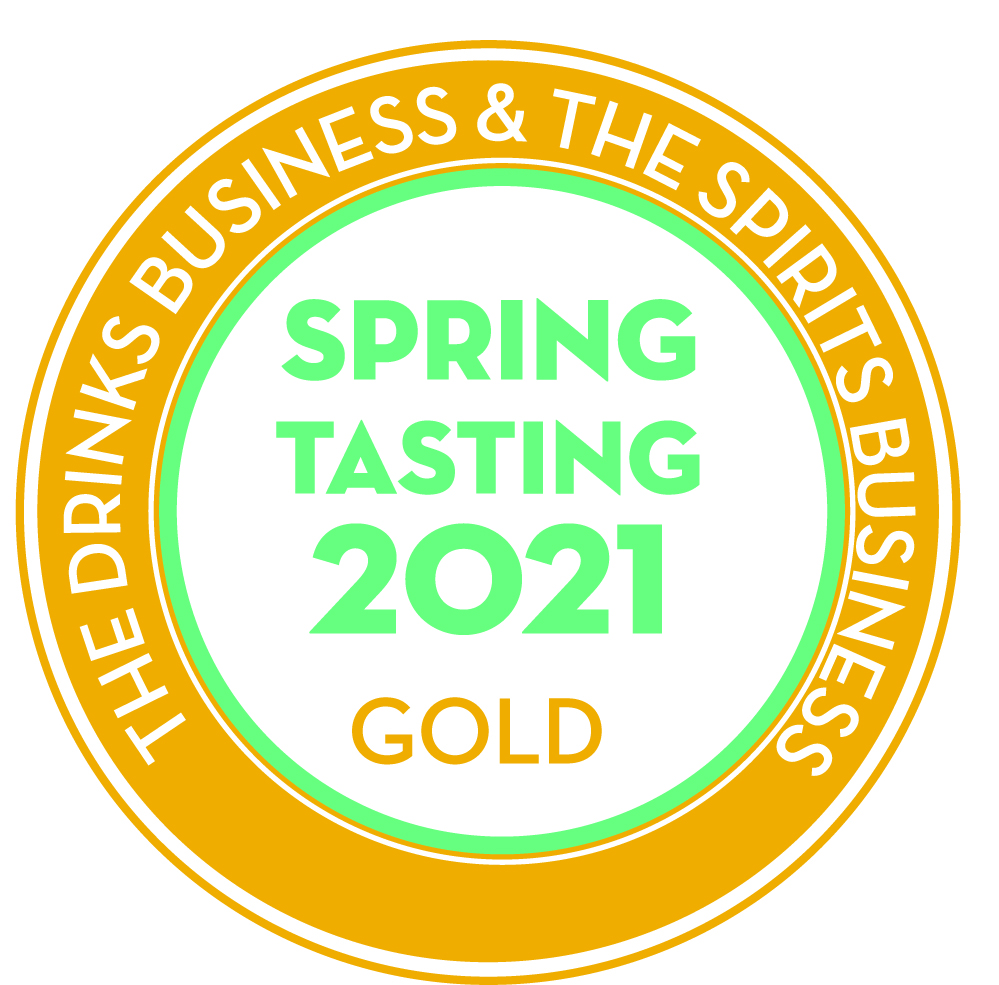 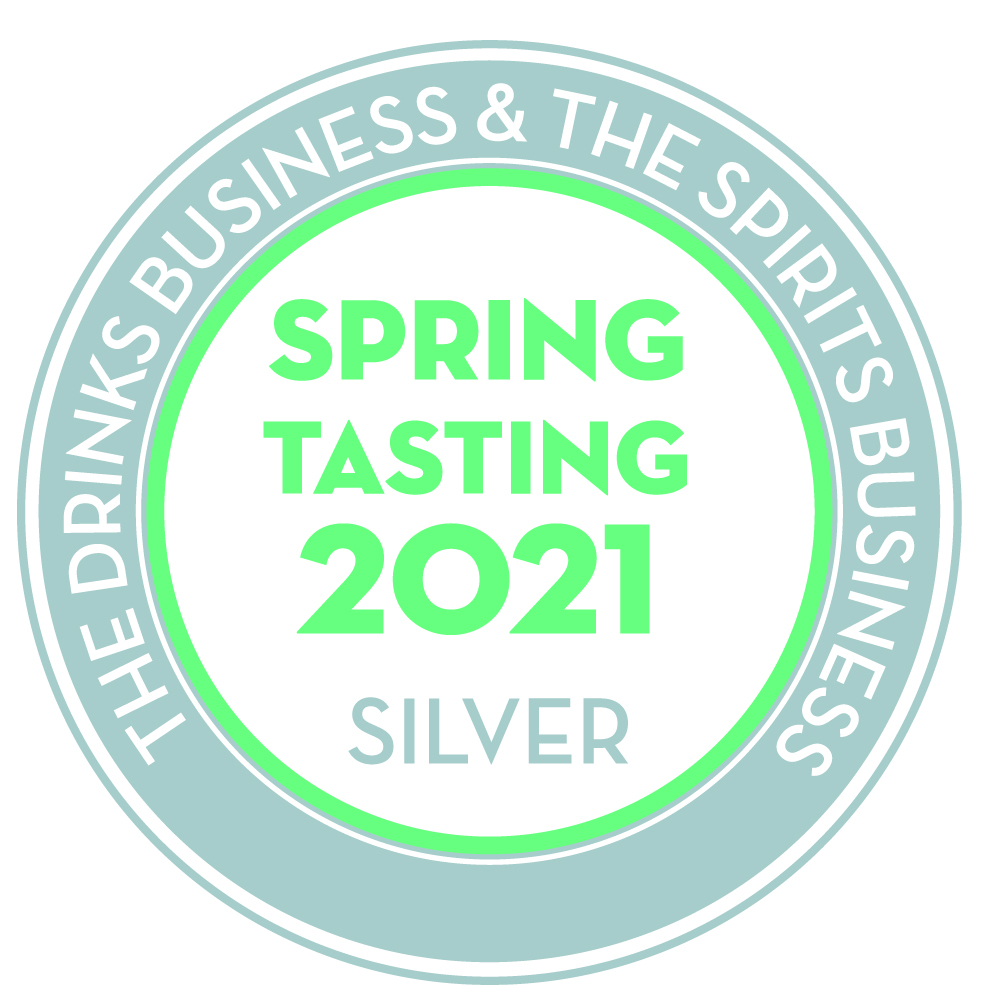 “You can see why it’s such a popular category at the moment,” said Dixon. “It offers something unique. There’s lots of buzz around rye, and lots of producers are experimenting with it.”

"Women are taking the stage of spirits by storm, and Rebecca Harris of Catoctin Creek Distilling is one of many bold women leading the way."  So says, the folks at Chilled.

Is there any one person or event that you feel made an impact in your path to becoming a master distiller?

I would say that the people in the distilling industry have been incredibly welcoming. Early in our distilling business I met Dave Pickerell at Mount Vernon, and he had a lovely way of sharing knowledge in a collegial fashion. Although we never consulted with him, I was incredibly influenced by his joy in what he did, as well as his passion for talking about the craft of distilling and engaging everyone in that creation process.

Catoctin Creek Maple Cask Finished Rye is an extraordinary whiskey. Maple can sometimes feel like a gimmick in the whiskey world, but that is not the case here. The sweet, round flavors of maple syrup seem to twist around every inch of this woody, spicy, and delightfully aggressive whiskey, resulting in a dram that’s at once incredibly dry and oaky yet round and sweet.

You can read the full review, including tasting notes, here.

We were elated to see the Washington Post write a story on our Art of the Cocktail classes! More than just being an instructional drink-making class, Scott's purpose is more to build a sense of community and social gathering.  Fritz Hahn writes:

The collegial spirit is key: While Harris goes over the ins-and-outs of four cocktails each week, the classes, which include a lot of couples, have taken on a higher purpose. “I’ve been getting a lot of feedback like, ‘It’s so nice to have some little thing we can do on Friday night. It’s become like a date night for us,’” Harris says. “That was my hope. It’s almost like the classes are just sort of a framework for what ultimately turns into just drinking together and having a little bit of a social hour.”

You can read the full story, here.  Register for the class and read more, here.

Photo credit: Emma Evans for the Washington Post, and used with permission.

GET IN ON THE FUN! 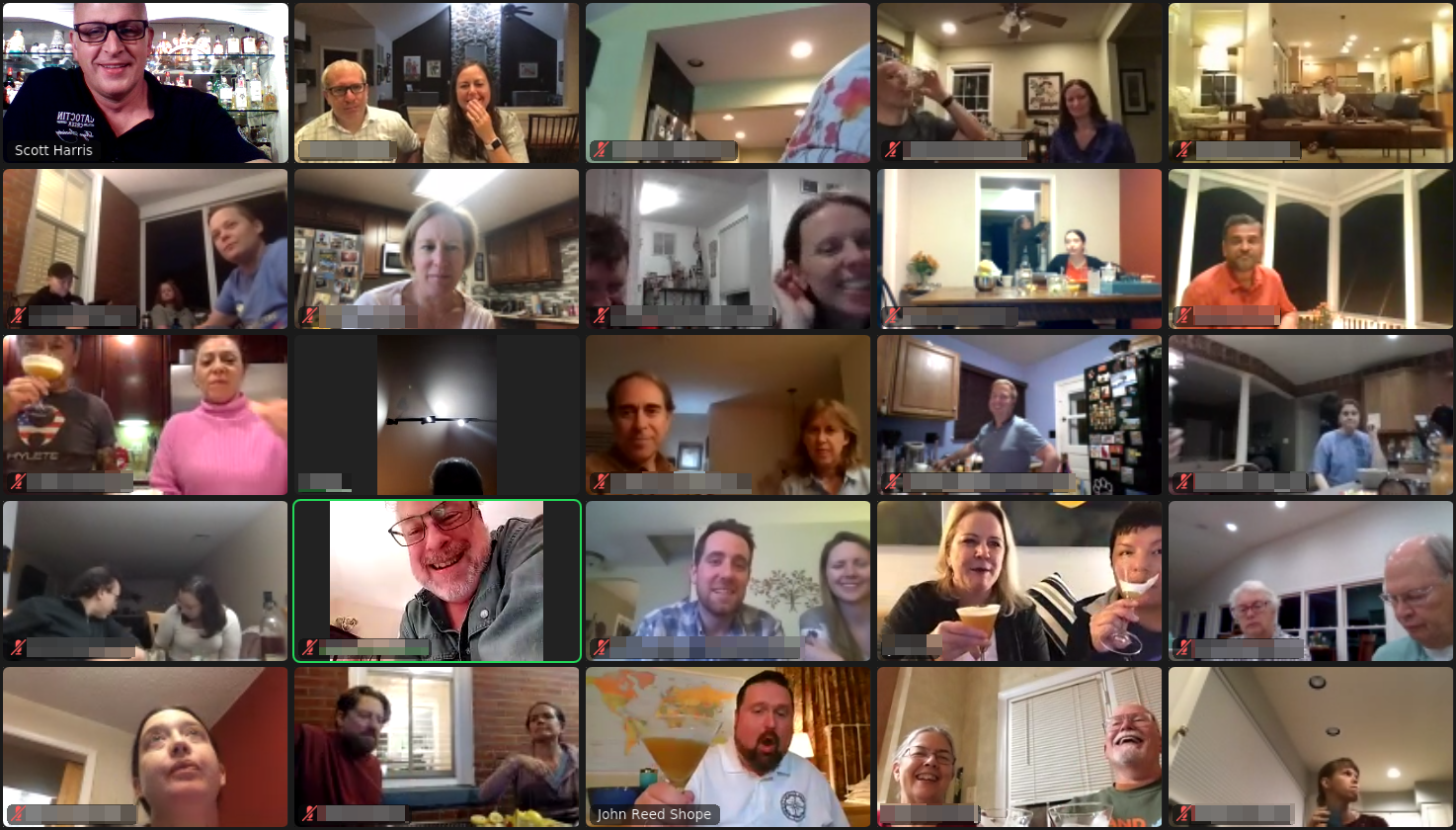 Julia Moskin does a pretty darn comprehensive review on the state of applejack (aka apple brandy) in the New York Times.  Check it out:

As most small-scale applejack makers do, Catoctin Creek starts the process not with fresh apples but with hard cider, which it procures from Blue Bee Cider company, in Richmond, Va., in the kind of collaboration often found among craft producers. The Harrises send some of the finished brandy back to Blue Bee, where it is mixed with the cidery’s own fortified apple wine and ginger eau de vie into a spicy dessert cider called Firecracker.

This year’s batch is made from Winesap, Pippin, Arkansas Black and other heritage apple breeds that are good for brandy, she said, because they have almost no sweetness, but share a strong, concentrated apple taste that carries all the way through distillation. The kind of big, sweet apples that have been bred for eating, like Red and Golden Delicious, are far too sugary and watery. “You want a lot of flavor for the flesh that’s there,” she said.

2020 was a difficult year; nobody will argue that point.  For us at Catoctin Creek, we had several restaurants return their barrel select rye whisky because they didn't know if they would be able to continue business in the face of the pandemic.  We turned this situation around and released our #InThisTogether rye whisky, the proceeds of which were given to local restaurant charities. As a result, Imbibe magazine named our founders, Becky and Scott Harris, to their Imbibe 75 list for the year.  We're very grateful for this honor.

The Harrises opted to give back to the hospitality industry.  They sold the new blend through their website and at the distillery.  They had 100 cases and sold out in two hours.  After recouping their expenses, Catoctin Creek paid out $12,000 to four groups supporting the hospitality industry, including the Restaurant Workers' Community Foundation and the USBG's Bartender Emergency Assistance Program.

Early in 2020, when the country was beset by the COVID-19 pandemic, craft distilleries all across the nation stepped up to fill the void in hand sanitizer, pivoting their businesses to produce WHO-formula sanitizer that was FDA approved. The ACSA worked closely with the FDA to ensure that all of these craft distillers could be quickly added as "drug producers" (their definition of someone making sanitizer), so that the public would be assured that the products being put out in this emergency period were safe and regulated.

Fast forward to just before New Year's Eve 2020, when these same craft distillers begin receiving emails from the FDA stating that they owe the FDA $14,060 due February 11th, 2021, for the privilege of working with the FDA last year. What's more, these fees never existed when the distilleries registered with the FDA.  They were applied retroactively.  Many of these distilleries donated or sold their sanitizer at cost, and a surprise $14,000 bill would put many of them out of business.  Worse still, the fees doubled if the distilleries let their registration continue to January 1, 2021.

Becky Harris, Catoctin Creek's chief distiller and current president of the American Craft Spirits Association (ACSA), along with Margie Lehrman, CEO of the association, got on the phone with congress and officials at the Department of Health and Human Services. All day, during New Year's Eve, Becky and the organization are frantically speaking with HHS, explaining the unfairness of this surprise, retroactive fee.

In a story that doesn't often happen, the HHS agreed, and ordered the FDA to rescind the fees, bringing every craft distiller across the nation a very happy new year.

American Whiskey magazine covered our press release announcing our partnership with GWAR, the intergalactic metal band based in Richmond.

As the story goes, members of the intergalactic shock rock band known as GWAR descended on this world as passengers on a flaming comet that would bring about the destruction of most life on Earth. The asteroid ploughed into the continent of Antarctica with devastating force, melting the ice, setting much of the world ablaze, and leaving a massive crater filled with the purest Antarctic water and a strangely intoxicating ichor that flowed from the veins of the immortal GWAR. Legend recorded these events as the tale of Ragnarök, the end of days. But like all endings, it was also a beginning. Now, this blood of the gods, harvested from the great caldera, has been distilled and bottled by Catoctin Creek as Ragnarök Rye.

WUSA9: What one distillery is doing to benefit their local community

WUSA9's Kristen Berset from Great Day Washington interviews Scott Harris to find out about how the COVID pandemic has been affecting business, plus coverage of some of our recent awards, and a warm apply toddy cocktail to share for the holidays.

We are delighted that Roundstone Rye 92 Proof "Distiller's Edition," which rated 94 points in January of this year, was selected for Wine Enthusiast's Top 100 of 2020!  In fact, we were the third highest rated rye whisky in the category!  Kara Newman writes:

This single-barrel rye is suit-able for sipping or a dessert pairing. Look for bold sugar-cookie aromas and confectionary richness on the palate: vanilla, cocoa, hazelnut, maple sugar and mocha. The moderately long finish is marked by lemon peel and nutmeg.

The EU tariffs on American whiskey are finally gone!  After three long years, we can now compete on a fair basis of free trade.  Bruce Schreiner writes for the Associated Press: With the trade barrier coming down, Catoctin Creek Distillery in...